On Saturday, April 29, 2017, the Mother Earth Project had its inaugural dedication of its first Mother Earth sculpture in Georgetown, Washington, DC. The event turned out to be a big success. In addition to about 200 people who came, the event also benefitted from a large rowing competition on the Potomac River at the same time. With most of the high schoolers waiting their turn to row, many of them spent time at the event watching the band (One Way Out) and listening to the speakers, amounting to over 1000 people. There were also a large number of people from the People’s Climate March that joined the event for a short period on their way to the National Mall. Speakers included Glenn Prickett of the Nature Conservancy, Mary Barton-Dock of the World Bank, Maryland Council Member Roger Berliner, and Town of Somerset Mayor Jeffrey Slavin. 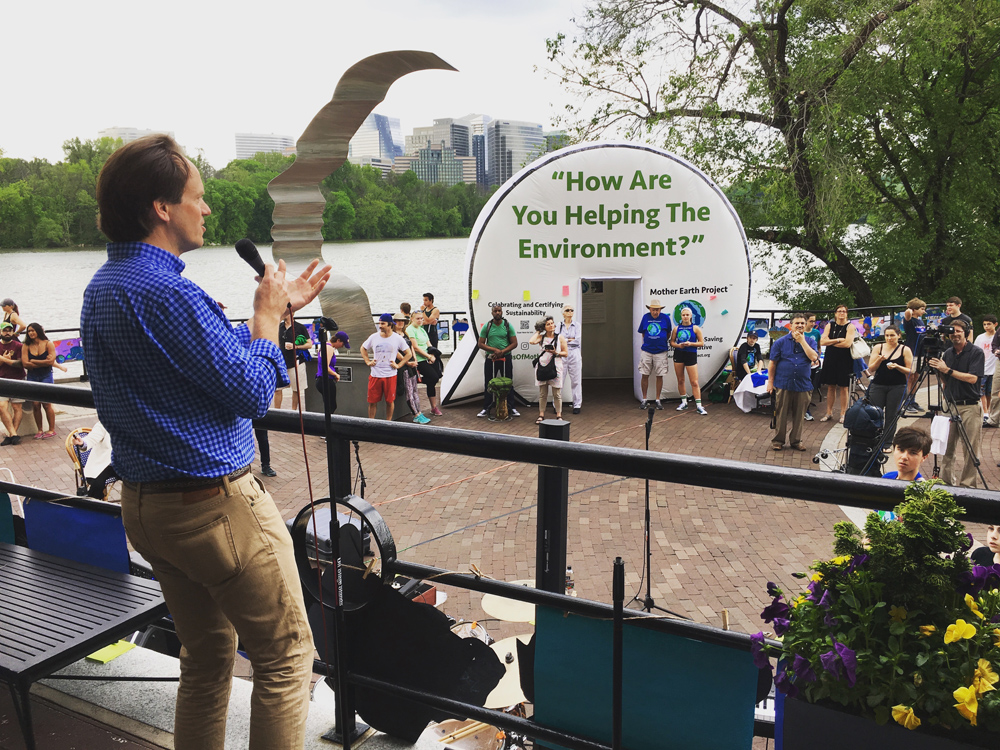