MEP has a team of volunteers all over the world. 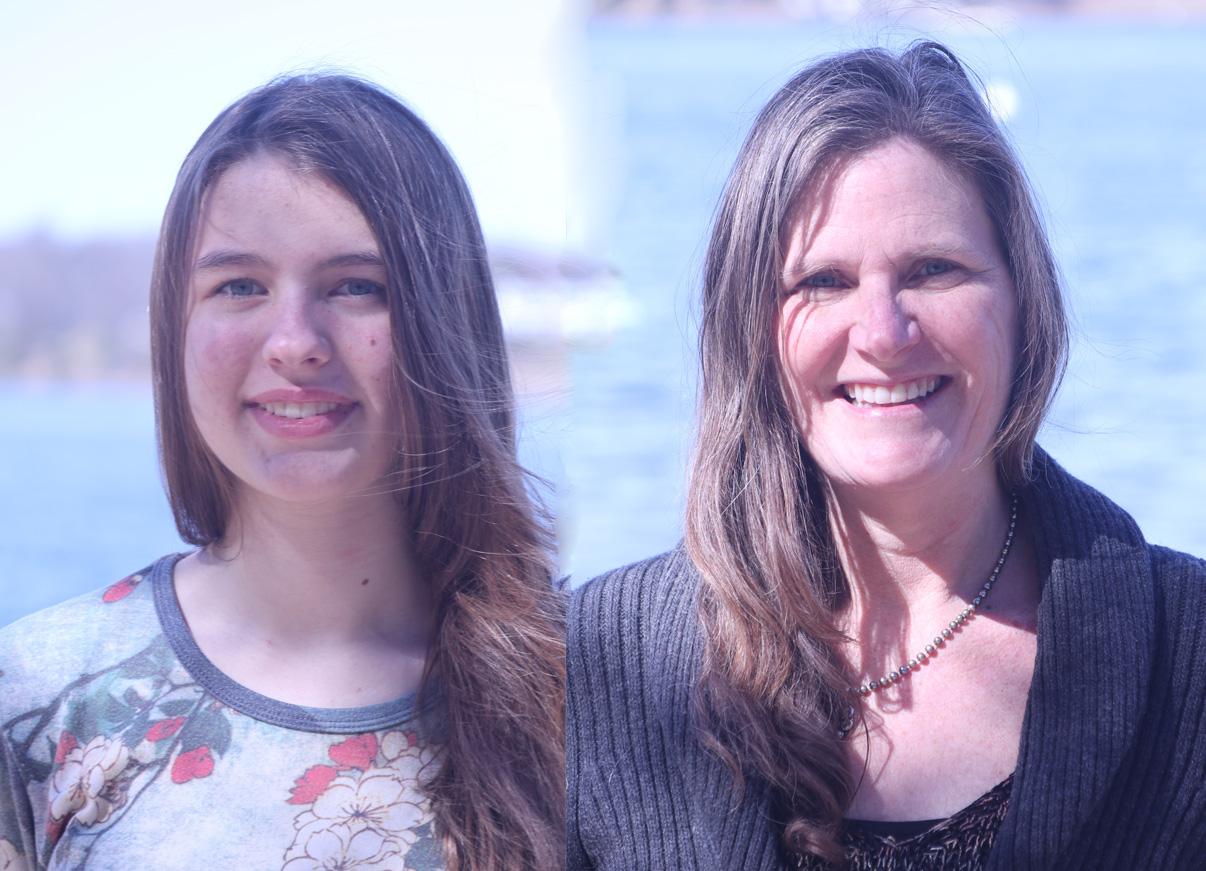 Parachutes For The Planet® Co-Directors Kallan and Kimberly Benson are a formidable daughter/mother team.  Kallan, a teenager, produced an impressive 24′ diameter parachute for the 2017 Climate March, collecting over 1600 signatures from students in the Washington, DC region. This along with the HIV/AIDS Quilts inspired the beginning of the Parachutes For The Planet® project. Kallan is the recipient of the National Aquarium’s 2018 Promise for the Planet youth award, recognizing her efforts in ocean conservation initiatives. They live with family next to the Chesapeake Bay. 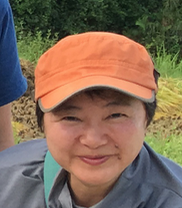 Daisy Chan is based in Guilin, China, and has assisted in connecting MEP with local schools and is responsible for bringing the Mother Earth sculpture to China. Daisy is a travel agent. 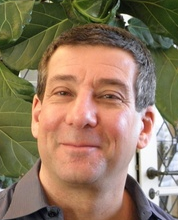 Lloyd Chrein is the webmaster for MotherEarthProject.org. He has provided enormous assistance with the creation and maintenance of this website. 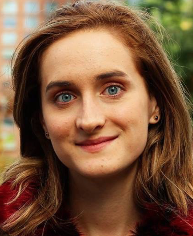 Carmen Collins is our first MEP intern and is responsible for collecting news articles about how countries are focused on saving the environment. All of this information is posted on our Country Achievements page and on social media. Carmen is presently a student at George Washington University. 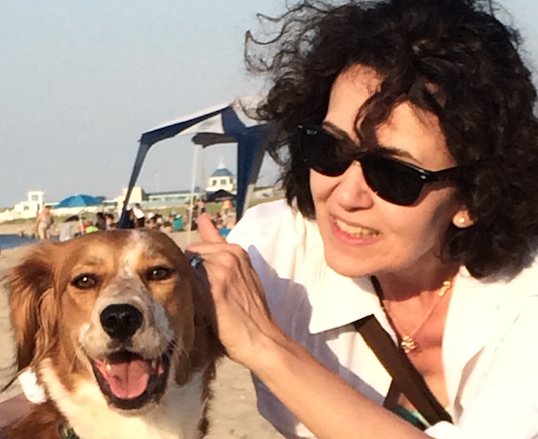 Cinzia Furlanetto is a translator and interpreter for MEP, and assists with communications in various countries. She is also a dog lover. 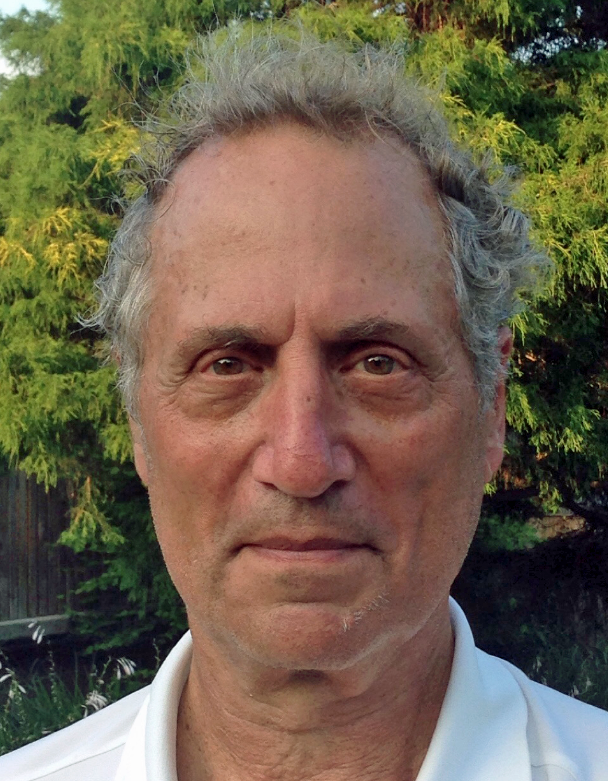 Steve Gottlieb travels the world representing MEP. He meets with local eco-organizations and establishes collaborations. Steve most recently was in Portugal helping to bring a Mother Earth sculpture to its capital city of Lisbon. Steve is an established professional photographer and a nationally ranked tennis player. 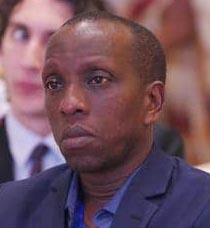 Mahame Andrew is MEP Director for Rwanda and Co-Founder of Youth for Development and Human Rights Advancement. He is a human rights and climate activist. He is focused on expanding the Parachutes for The Planet Project, Mother Earth Murals, and engaging numerous communities about the climate emergency. 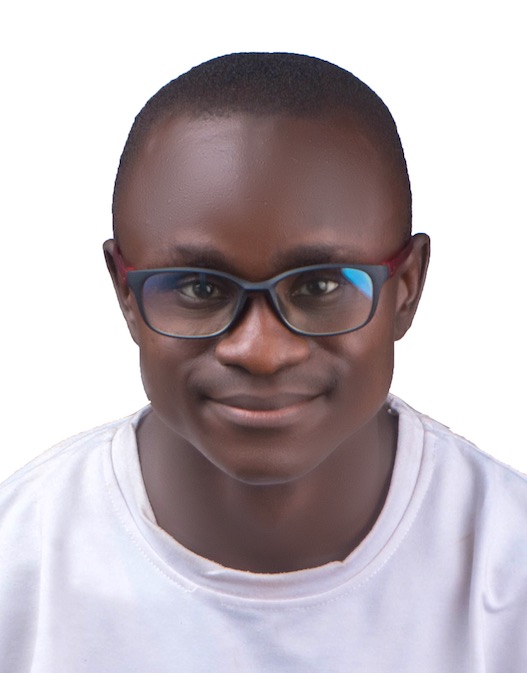 Muhammad Ibrahim is MEP Director for Nigeria. He has helped to expand the Parachutes For The Planet Project in Africa as well as Mother Earth Murals at academic institutions. Muhammad also represented MEP at COP26 in Glasgow in 2021. 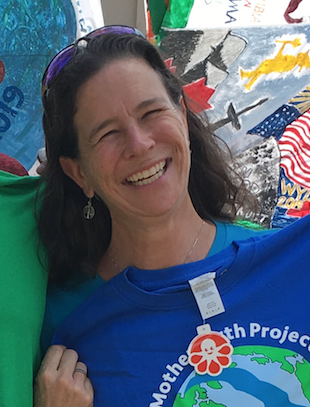 Tami Kellogg was the lead organizer for Parachutes For The Planet in Panama City, Panama, during the World Youth Day with the Pope in Jan, 2019. The Pope was surrounded with 40 parachutes during his final mass. 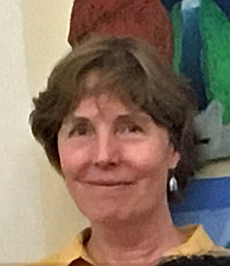 Lynn Lewis is the art consultant for MEP. With an expertise with working with young children and a vast knowledge of artistic materials, she has assisted in many aspects of the Parachutes For The Planet™ project. She is currently the art teacher of Somerset Elementary School, Chevy Chase, MD and is an avid painter. 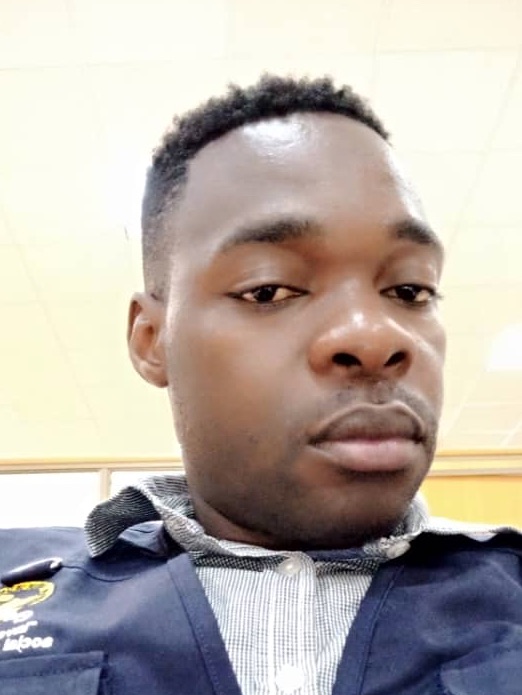 Jussa Kudherezera is MEP Director for Zimbabwe. He has helped to expand the Parachutes For The Planet Project in numerous communities, facilitated the creation of many Mother Earth Murals and is presently focused on bringing a Mother Earth Sculpture to Zimbabwe. 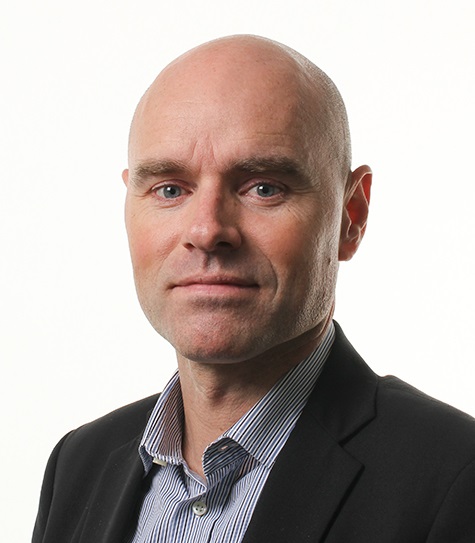 Dan Liungman is Swedish and presently lives in the US. He is focused on outreach of youth organizations worldwide, specifically related to the Parachutes For The Planet project. 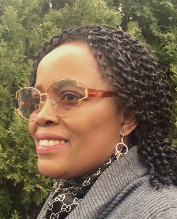 Leo Modjo Kenmogne is a physician who now believes that a large number of patients she treats have been affected by man-made environmental hazards, such as air pollution. Thus, joining the MEP team has been natural for her and she has been instrumental in coordinating the placement of the Mother Earth sculpture in Cameroon’s capital city of Yaoundé. 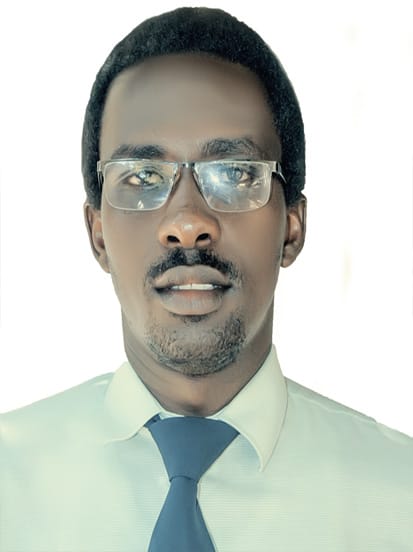 Didier Nshimirimana is the MEP Director for East Africa. He heads Education Watch Burundi, CCL Burundi and has engaged numerous communities in this region with the Parachutes For The Planet project, including in Kenya, Uganda, Rwanda, Tanzania and South Sudan. 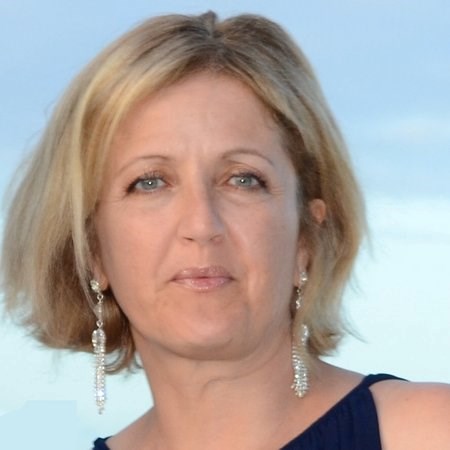 Cathy Orlando is the International Outreach Manager for the Citizens’ Climate Lobby and has played an enormous role in expanding the Parachutes For The Planet project in Africa, Central America, Europe, and worldwide. 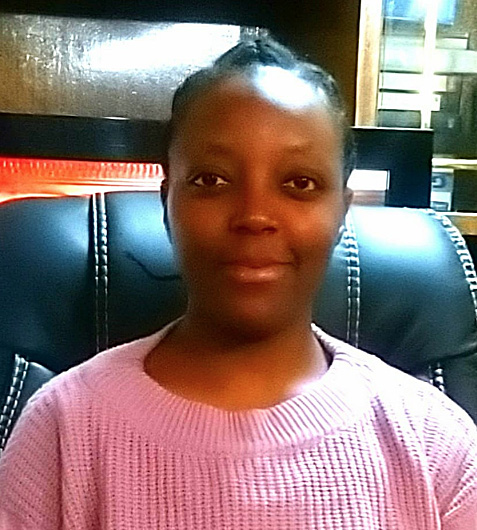 Stella Nyambura Mbau is a climate activist and environmental scientist based in Kenya. She has assisted in distributing parachutes to Fridays For Future and Extinction Rebellion climate strikers in over 15 African countries. 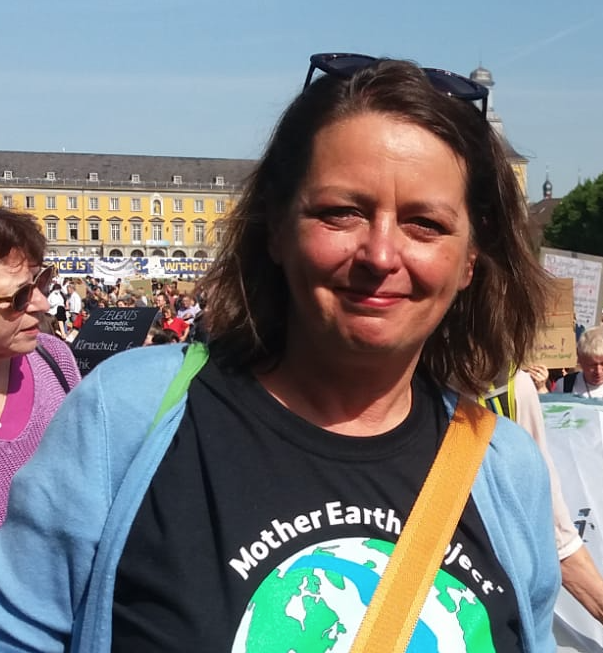 Sandra Prüfer is MEP Director for Germany/EU and MEP Director of Media. She is based in Bonn, Germany, home of the UNFCCC (Paris Climate Agreement and COP meetings). She has organized numerous Parachutes For The Planet events and has helped to expand the project across Europe. Sandra oversaw the installation of a Mother Earth sculpture in Bonn in 2020. 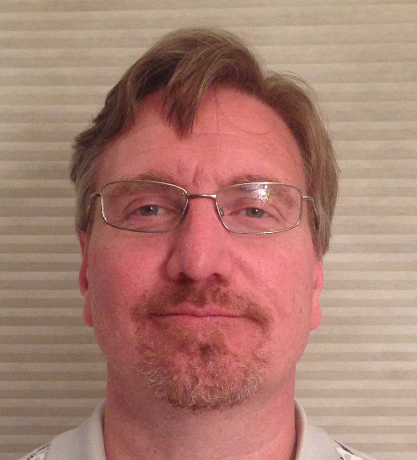 Lance Reich is a patent attorney and has handled all of the legal matters related to trademarks for the Mother Earth Project. 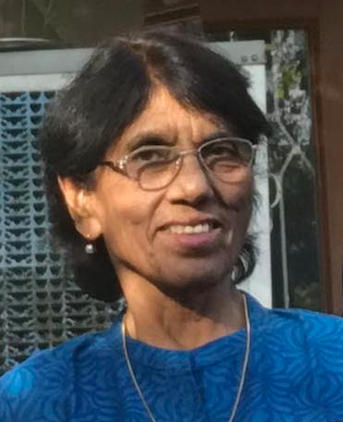 Laxmi Saxena is an educator based in Jaipur, India. As MEP Director for India, she has promoted the Parachutes For The Planet and with her help, MEP plans to install a Mother Earth sculpture in Jaipur in 2020. 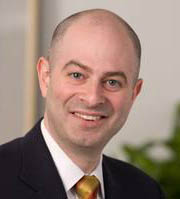 Jeremy Schulman is an attorney who provides legal services for MEP, including creating its 501(c)3 status. 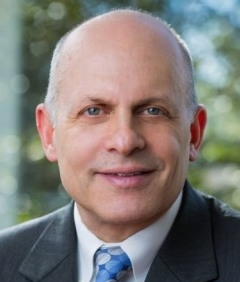 Jeffrey Slavin is the mayor of the Town of Somerset, Maryland, where MEP began. This town has many green initiatives, such as being a Tree City, LED street lights, composting, recycling, and he and the town supports MEP in many ways. 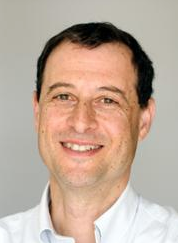 Joe Sternlieb is the CEO and President of Georgetown Business Improvement District, BID. Joe was instrumental in negotiating the details that allowed the first Mother Earth sculpture to be installed, now located along the Potomac River in Washington, DC. 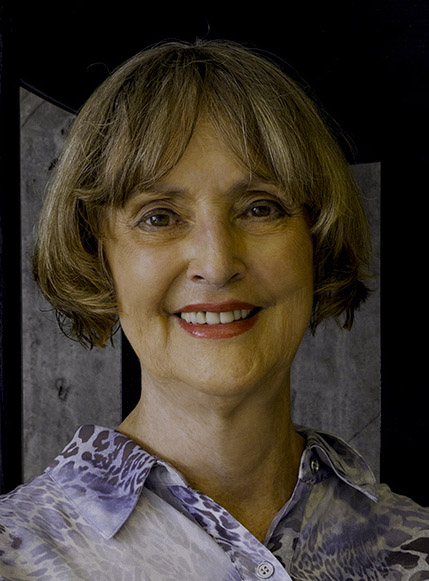 Tina Story is based in Florida and is focused on bringing Parachutes to The Betsy Hotel during Art Basil 2021 in Miami Beach. She also is helping to expand the Parachutes For The Planet project in the Caribbean and in the southern United States.