Mother Earth Project™, MEP, is a people empowerment campaign that encourages communities worldwide to commit to sustainable actions and Sustainable Development Goals, SDGs, filled with daily acts of saving and protecting our planet. Using artwork as the catalyst for bringing people together, MEP encourages schools, communities, and climate strikers to create Parachutes For The Planet®, circular works of art that are a metaphor for bringing the world back to a safe place.

See the Impact of Parachute
Communities around the Globe

Once created, these communities commit to sustainable actions that positively impact their environment and community, such as sharing their parachute with local government officials and demanding better climate laws and racial justice, helping to reduce poverty, planting trees, and switching to renewable energy. It could be as small as using a reusable water bottle. MEP also places Mother Earth sculptures and creates paintings of the Mother Earth sculpture in major cities spanning all of the continents. These sculptures are the Symbol of Sustainability, the physical footprint of the project. Their locations are sites for SDG events. 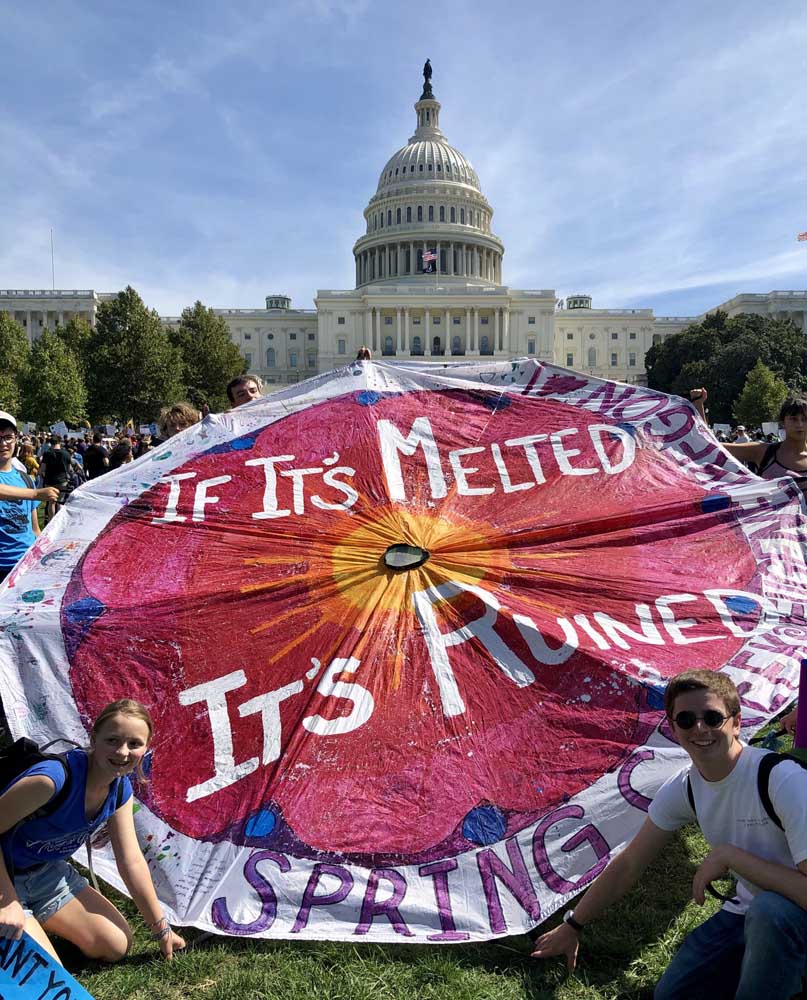 “The speed with which this project continues to grow and attract new communities speaks to its impact and popularity. This program is providing great tools for positive communication at all levels about the importance and impact of the SDGs, and the capacity of groups to work together in creative ways.”
– Mary Barton, Former World Bank Director of Environment and Climate Change

“We have arrived at the moment where we must choose whether our generation will be remembered for ruining the planet, or the one that saved it.”
– Barton Rubenstein, MEP cofounder 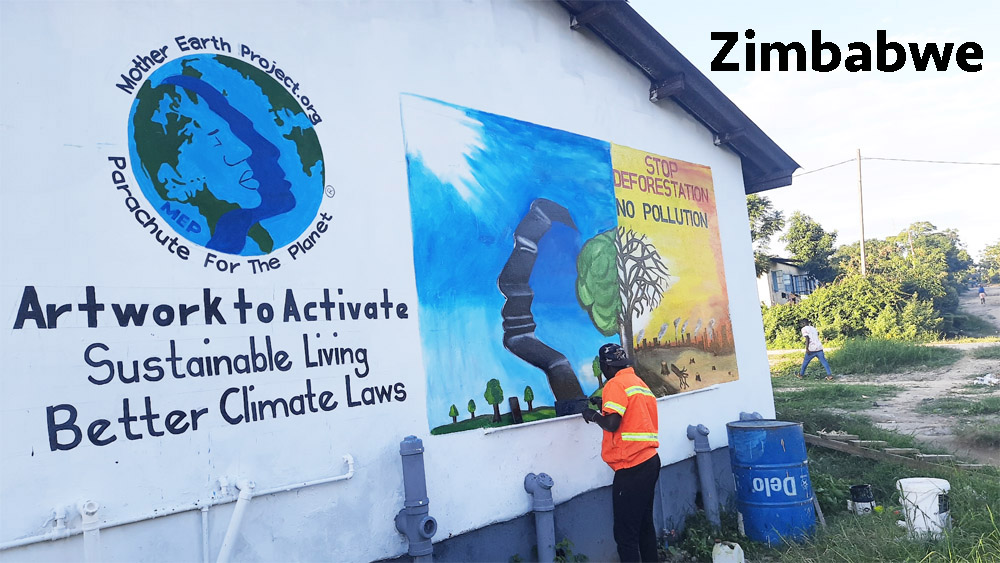 Communities around the world are now creating Mother Earth Murals (over 20 to date), creating a strong and large visual message that there needs to be numerous system changes for our planet to be sustainable and thrive. Please contact us if you would like assistance creating a Mother Earth Mural in your community, at TheMotherEarthProject@gmail.com.

Parachutes For The Planet® 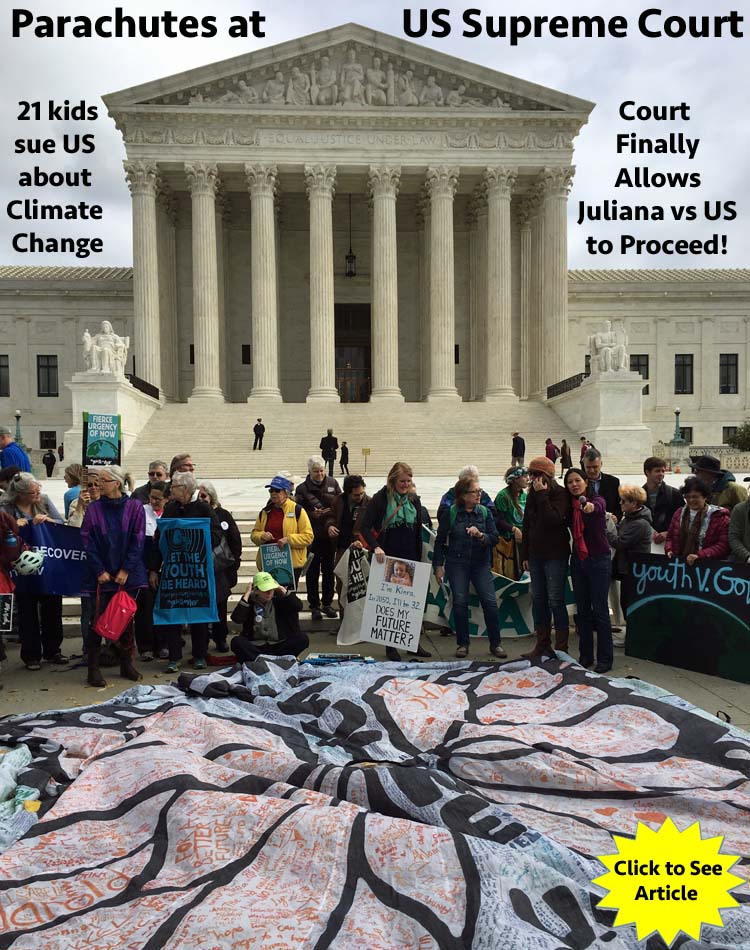 Over 4000 hand-crafted play parachutes have been created in over 80 countries worldwide by individuals, climate strikers, schools, Partners and organizations that decorate them with artwork and their next sustainable actions, with stories and photos documented in our comprehensive and inspirational  Parachute Community Database. Also, visit our Parachutes For The Planet webpage to learn how you can create your parachute and take action!

Here is a video of Parachute Communities from around the Globe 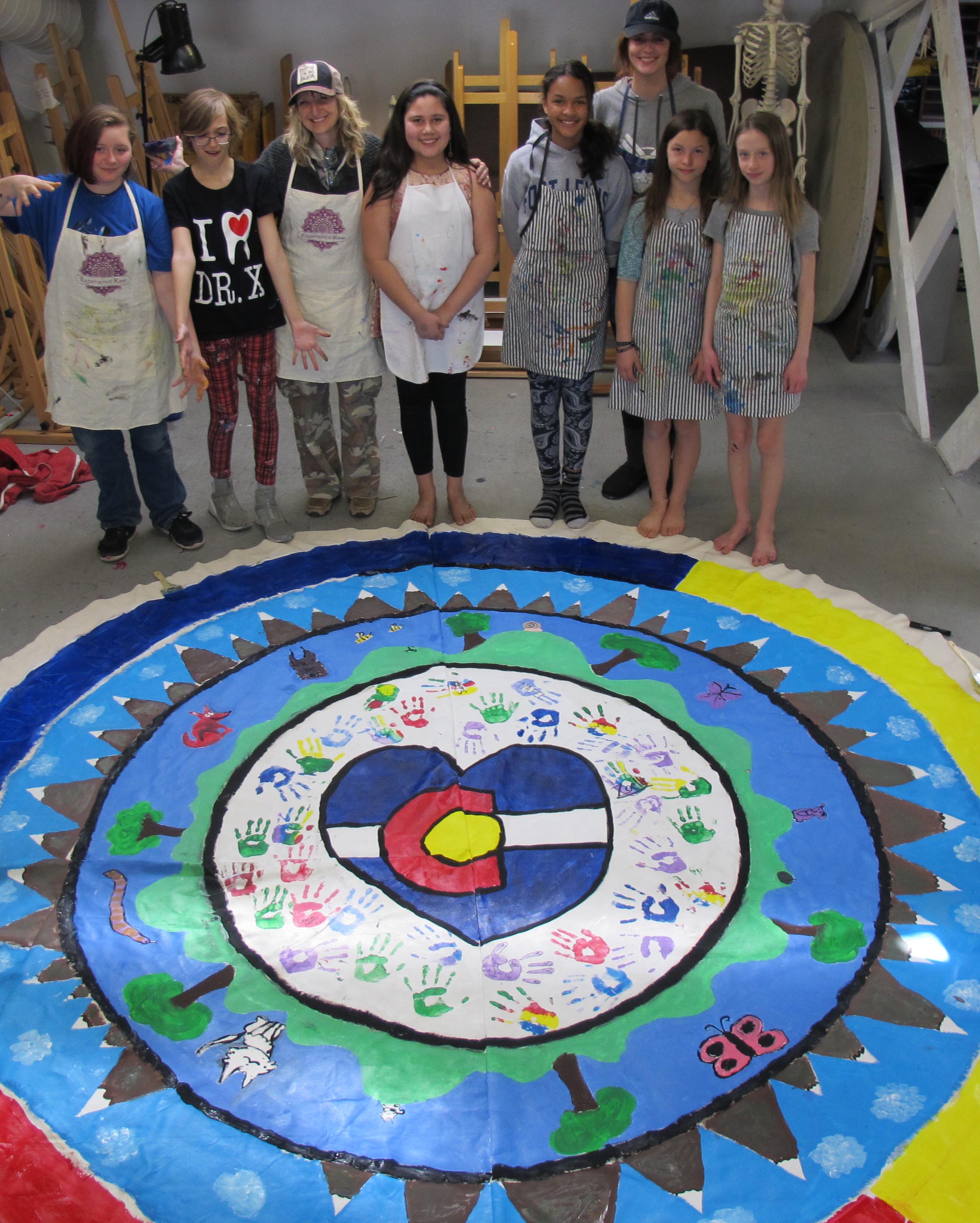 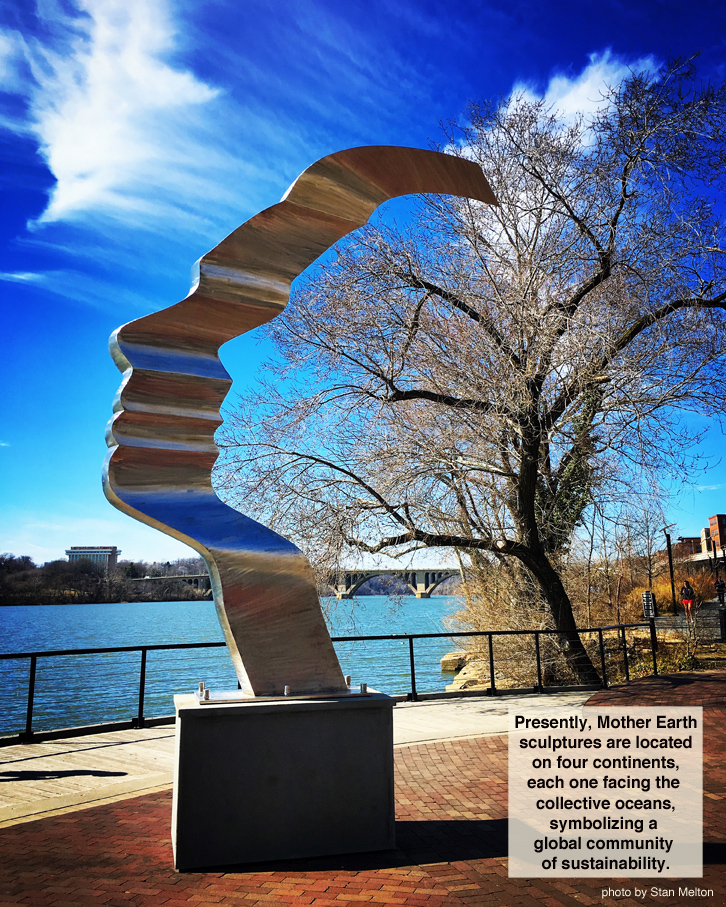 “Mother Earth” is a monumental five-meter high sculpture with the likeness of the human profile. This sculpture is conceived as a way to incentivize countries to participate in stopping and reversing climate change, with a focus on SDGs. The idea is that each participating country will place Mother Earth in its major cities, showing its commitment to a healthier planet and as a Symbol of Sustainability. To be eligible for receiving Mother Earth, countries must submit their SDG actions and timelines to the United Nations.

Mother Earth was designed by scientist and public artist Barton Rubenstein, who with his family began the Mother Earth Project in 2015. Like a silver ribbon of energy rising from the earth, the image of a human is created in the form of a profile. This energy symbolizes the symbiotic relationship between earth and humanity. Mother Earth projects two faces, one in the positive space, physical, and the other face is formed from the negative space, using your imagination. This speaks to the yin and yang of the human essence. With a slightly upward looking pose, this multi faceted three-dimensional sculpture presents an ethereal pose, projecting a vision of hope and universality, with a stainless steel material indicating neither race nor nationality.

Mother Earth sculptures and paintings of the Mother Earth sculpture are and will continue to be placed near to a water source, such as a river or lake, facing downstream toward the collective oceans, a body of water connecting all nations. This symbolic connection acts to strengthen our collective awareness and sense of solidarity. 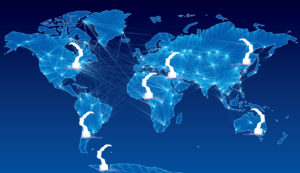 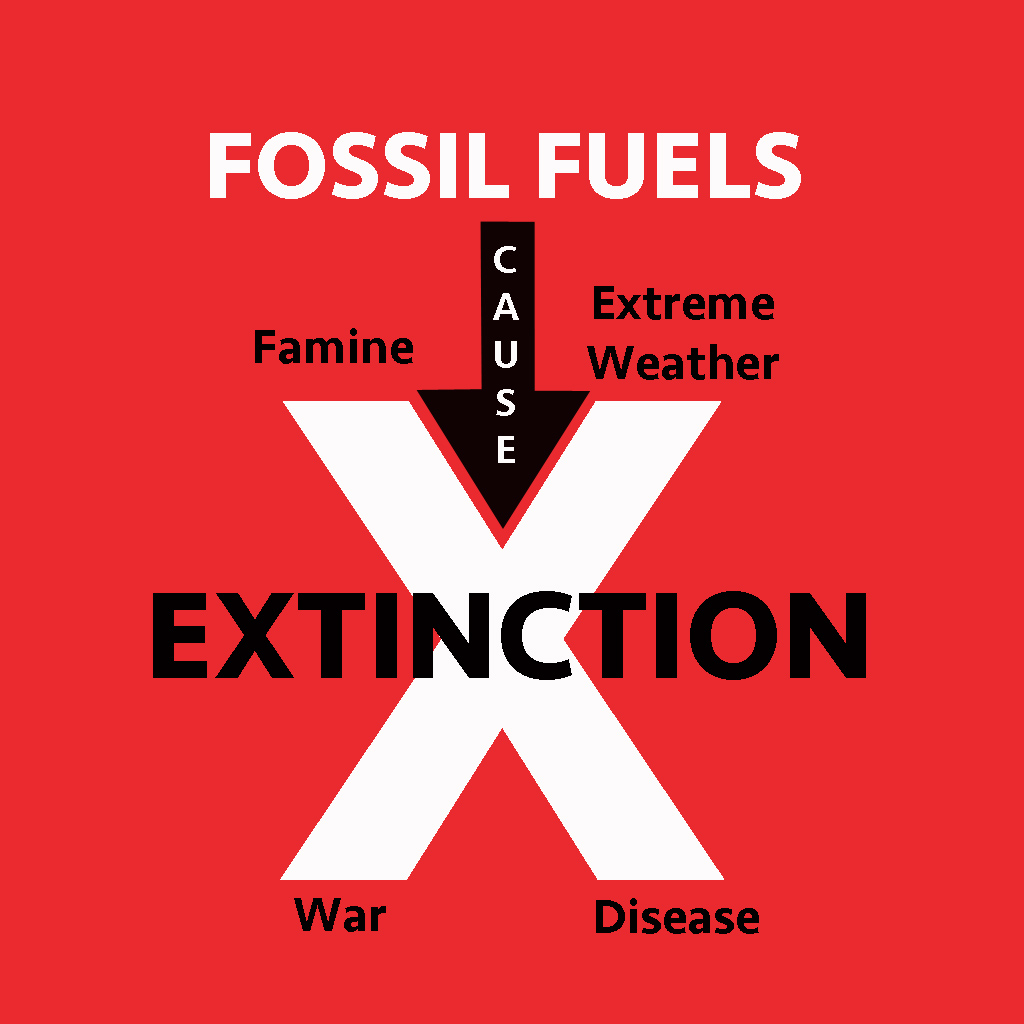 MEP visits and collaborates with Schools, initiating art and task-based projects. These collaborations culminate in strengthening each community’s focus on the environment and SDGs, as well as facilitating the connection with other similar schools/orgs from other countries, thus acting locally and connecting globally. 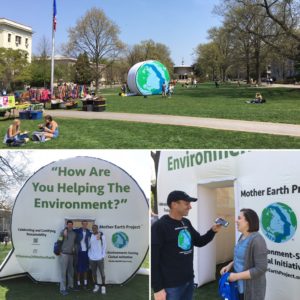 MEP travels with its Inflatable Booth, collecting stories and then features them on social media @MotherEarthProject.

Locally, MEP is reaching out to neighbors in Maryland and Washington, DC to compost and switch to 100% renewable electric energy. Please make the switch and your new Pepco bill will actually be 1%-9% less expensive AND you will receive a free MEP T-shirt!

On behalf of Fridays For Future, MEP Codirector Kallan Benson accepts and returns UNEP’s Champions of the Earth Award

Parachutes at the US Supreme Court and the DC Council Building on Oct 29, 2018

The MEP’s Inaugural Dedication took place on Climate March Day, April, 2017
next to the Mother Earth sculpture in Washington, DC, along the Potomac River.

“Mother Earth Project,” “Humans of Mother Earth” and “Parachutes For The Planet” are trademarks of Rubenstein Studios