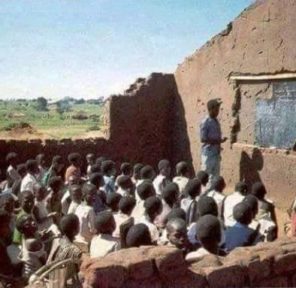 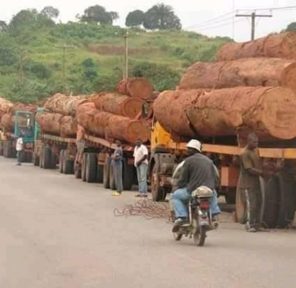 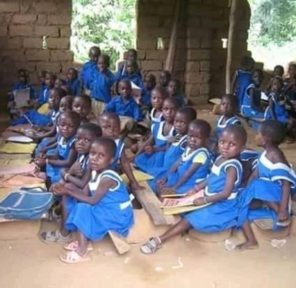 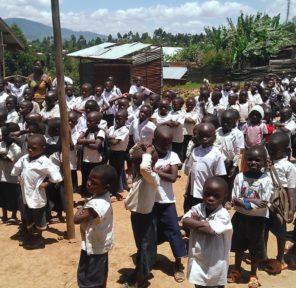 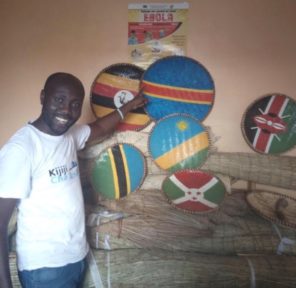 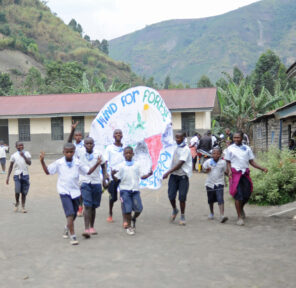 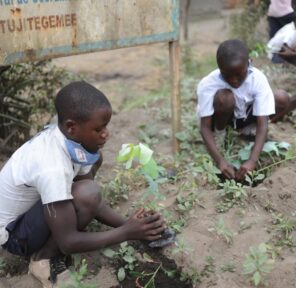 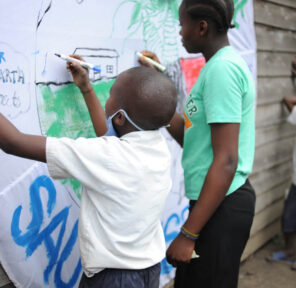 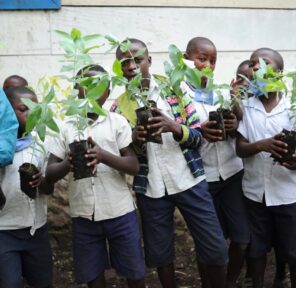 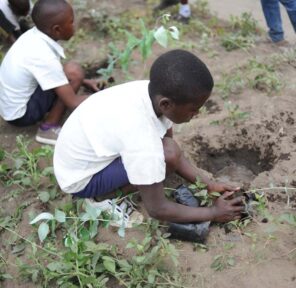 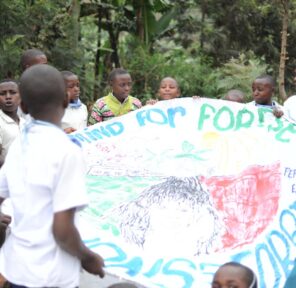 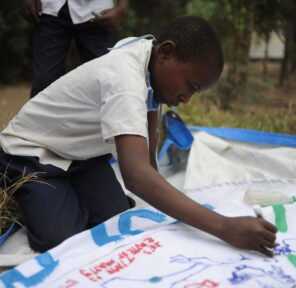 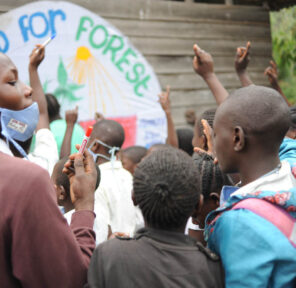 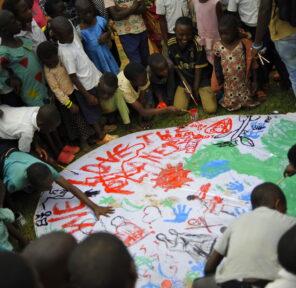 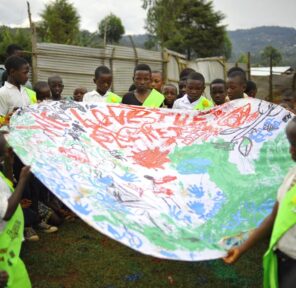 Yes, i am familiar to motherearthproject. In my community i have 7 groups and we have more like 50 activists. I am 37 years ago, coordinator of a local organization KIJIJI CHA AMANI in North Kivu. we work with 101 Community Ambassadors. These images show the sales of wood / massive extinction of the Congolese Forest and what the quality of a Congolese class that even lacks chairs. These children in blue are the children of a school of my friend in a village surrounding the forest. I also have my little school for children in difficult situations, so sometimes we talk about our inventory. -Pauluku 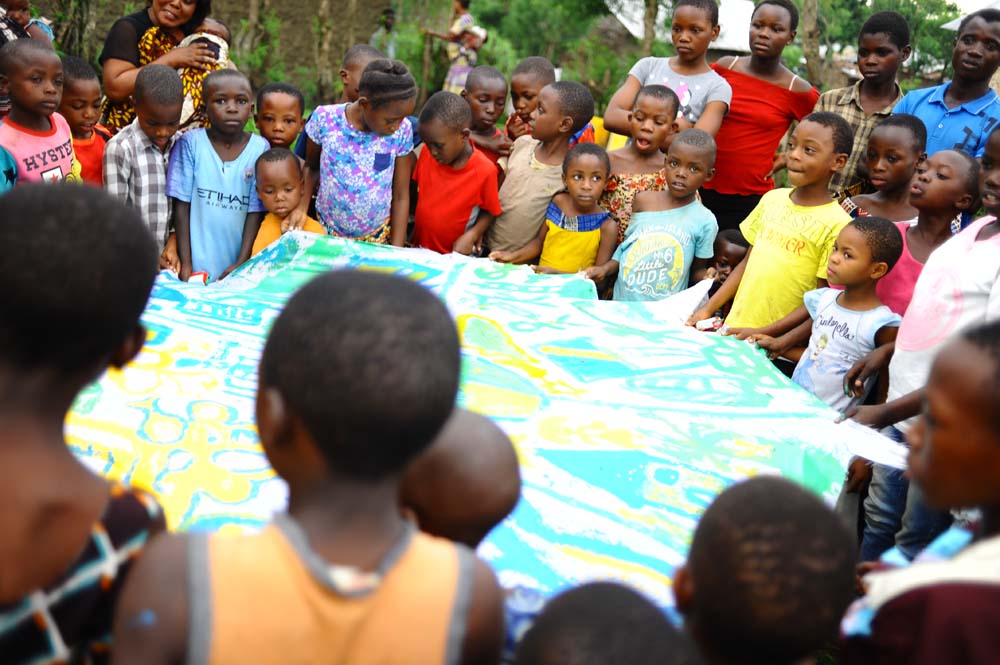 1. For the case of Rutshuru activity, The activity took 3 hours and the participants really expressed their daily life on the parachute in the form of an advocacy for climate management in favor of peace. The parachute expressed that the environment is subdivided into 4 areas, one of which is the fields and the bush which hides the thieves and the bandits who kidnap the poor civilians in the villages, another part is a former refugee camp which has now become a military camp plagued by massive deforestation. Another part, is a low region where banana trees are planted or fields are irrigated during the dry season and where local beer is produced. According to the design (idea), bandits come from the forest, with edged weapons; they come to rob and plunder the villages and the camp where they kidnap the travelers and the villagers, htey drink local beer. But also, they said that the antennas of communication (networks of telephones) are among the pollutants because they have fuel engines active 24/24h. This is why, they are happy about the protection of the environment but the government must also think about the safety of their villages. A SAFE FOREST 2. For the Parachute in the rural commune of Kiwanja, This activity took 2 hours, The population is living from agriculture, the participants first explained the climate change they observe following the strong dry seasons which disrupt the cultivation periods. By parachute, they discovered that the best way to overcome the current extreme droughts would be to plant several trees and save Virunga Park. They said that the one who cuts down a tree of no importance should go to confession in the church or be put in prison because it is like the one who wants to kill several people in future. They discovered again that the current deforestation could one day lead to famine and this could cause human deaths. Because the quantities produced in the field spaces have become minimal or rare. But also, they expressed the idea around the small fields which lead to the land conflicts currently in the region. We travelled 2 people for 3 nights to meet these 3 areas, The 2 sessions were very amazed because the participants were happy to discuss the challenges and news related to the climate and which reflect the reality of their communities. For many this stimulated their new perception of climate management and thanked us for leading this good session. My full respects, Yours, James Kataliko ------------- Thank you for your love for environmental education, the parachutes of The Mother Earth Project Approach produces good results wherever we have worked. We would like to do more and be permanent in our actions. We had planned to work with 5 community groups, especially village schools, to teach them our MEP approach during these 3 months. If you can support us with a budget of 5 or 10 parachutes and some means for painting and transport. We would have the capacity to carry out this plan.