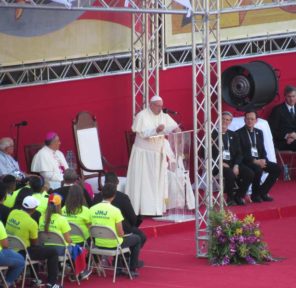 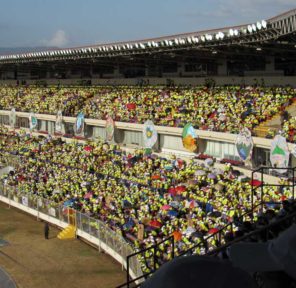 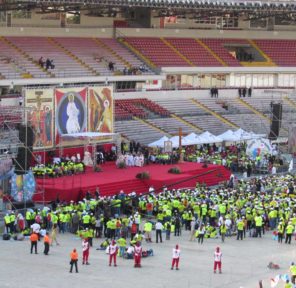 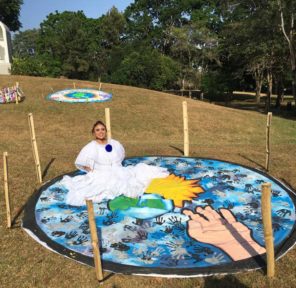 The Pope came to Panama City, Panama for World Youth Week in January, 2019. Over 40 parachutes were decorated during that month and were put on display inside the stadium during the final Pope gathering with 15,000 volunteers. The Pope took one parachute back to the Vatican. The parachute decorated with the large hand and handprints was the parachute taken by the Pope.

A few months after World Youth Week, the Pope declared a Climate Emergency for the Catholic Faith, a strong message to its one billion followers. Perhaps the parachutes acted as a strong message that became the tipping point for him to make this declaration. We would like to believe so!