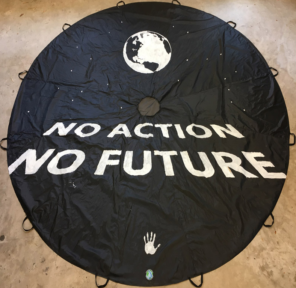 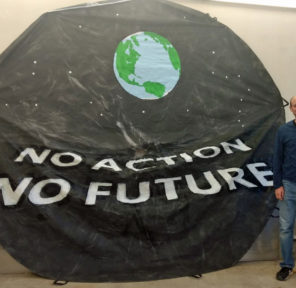 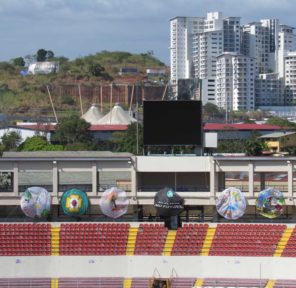 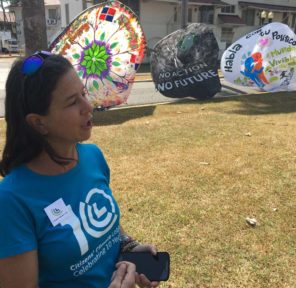 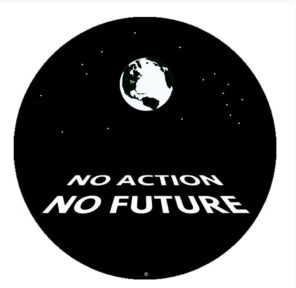 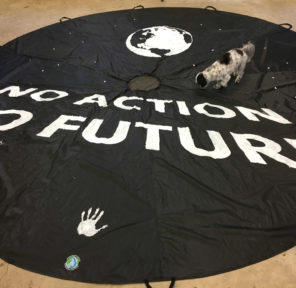 This logo uses a black and white earth sitting silently in blackness as a Starwars-type font moves toward it, presenting a time-sensitive message of cause and effect. The white represents plastic oceans and the black represents land burnt by fire. Despite MEP's focus on positive changes happening worldwide, this parachute is a reminder of the many more positive sustainable actions that are needed immediately.

History: This logo, designed by MEP cofounders, was inspired by the powerful SILENCE = DEATH and pink triangle logo used by the AIDS movement in the 1990s, which became one of the most successful awareness campaigns in our nation's history. The pink triangle was previously used during the Holocaust, as homosexuals were required to wear one on their sleeves in the concentration camps.

How to Create this Parachute Video!

This parachute is being distributed to parachutes communities worldwide to display locally and show to their politicians. The first community to receive one is Panama during World Youth Day with the Pope, Jan 2019.